Using a tripod isn't just plonking a camera and using it, which most people do. Its a versatile tool that you need to master. Just about all DSLR owners have one of these, but they don’t always use it. Tripods come in all shapes sizes and of course prices. Many owners buy a cheap tripod and are disappointed with it and then don’t use it. For video productions, you need a tripod and you need a good sturdy one. Sturdy often means pricey, but you often pay more for a name. I have several different tripods. Some are well known names and same are not. When you come to look at the pictures and video you cannot tell which picture or which video was taken on which tripod.

The basic rules with videos (which of course can be broken) is that if the subject is moving the camera says still and if the subject is still the camera moves to add interest. There is nothing worse than a still person being videoed by a camera that is moving all over the place. A tripod offers a stable platform. For a still photograph a good ball and socket mount can be great but for video we need a good pan and tilt head especially a fluid head which allows smooth pans and tilts. To be practical the head needs a quick mount attachment so that the camera can be moved and fitted into the next mount. 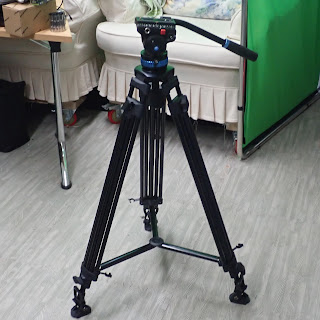 When would you use it?

There are two basic types of video shot.

The first is when the camera is still – this needs a tripod.

The second is when the camera moves and this can still require a tripod with a good pan and tilt head.

So to answer the question when should a tripod be used, basically the answer is all the time. If you are taking video of yourself then the tripod is ideal since you can compose the image and you have both hands free to do what you want.

Why would you want to use it?

For the small video production team which can often be only one person then a tripod really is a must. The hand held selfie is just far to wobbly and is often distracting. If you are sitting a little way away from the camera then you need a tripod.

What to look for

Tripods range in size from mini tripods that fit in your pocket, travel tripods that are perfect for backpacking and professional studio tripods capable of securely supporting the heaviest professional cameras.

Never buy a bigger tripod than you are willing to carry.

Always buy the sturdiest tripod you are willing to carry. 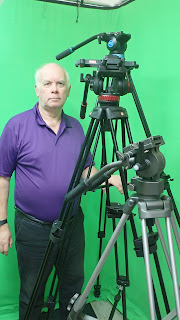 If you plan to use your tripod in a studio or at home, a larger more solid tripod may be your preferred choice. A tripod with a mid level brace is often excellent at providing more stability.

Think separate head and legs. You can choose which head you put on your tripod. It is more expensive but actually cheaper in that you get what you want rather than wasting money on a head you might not use.

Carbon Fibre is the lightest and strongest material for tripod legs and so is often preferred by outdoor and traveling photographers and videographers. Aluminium tripods are strong and lightweight and while a bit heavier are more affordable than carbon fibre.

Buy the strongest you can afford. If you need a lightweight carry tripod then think big and sturdy but made of carbon fibre.

There is no “one tripod to rule them all”. Most people end up with more than one.

Many tripods are geared for Photographers. Videographers needs are slightly different and usually this means a big heavy tripod that isn't going to go anywhere.

To shoot video the best head is probably the Pan and tilt heads and these come in various types and prices. But there are other types of head like the ball and socket heads, panoramic heads, fluid heads, video pan heads, geared heads and the gimbal head. All can be used for video.

The best head for video is a fluid-effect heads.

If you try one and you will immediately see how much easier they are for getting really smooth pans and camera movements. You can vary the friction so that it’s easier to achieve very slow pans with it damped right down, or backed off for a faster whip pan. A quick release plate on these tripod heads is pretty much a necessity.

Why use a tripod?

The longer the lens, the more chance of shake and for shots with a telephoto lens then a tripod becomes a necessity.

The longer you hold the camera the more unsteady the shot becomes. So use a tripod.

There are loads of tripods on the market, They nearly all do the same thing, however the one thing they need to be is stable. Years ago my Dads idea of a tripod was that it needed to be as small as possible and extend to be big as possible. The result was a very flimsy tripod that couldn't really hold the weight of his camera. 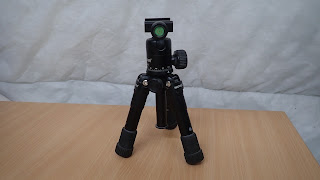 This I use for some animations and some video conferencing. Places where I don't have enough room for a normal tripod, or when I need to get close into the action  like in animation of Lego.

This is the jack of all trades and can be pushed to do anything. It can be used in video with a good video head 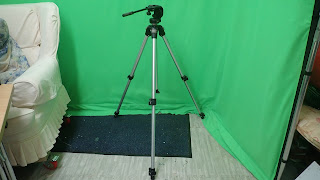 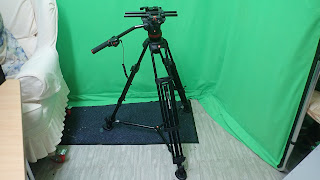 This is far more sturdy and heavy. It will easily take the weight of the camera and other big stuff. They can go quite tall for those high shots. 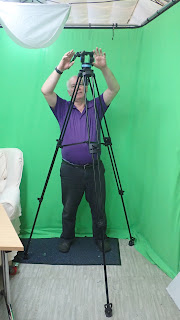 I use a Mobile phone, I don't need a tripod.

Going handheld is fine if that's the 'look' your going for, just don't complain when your arms are tired. but if you want to take a video of yourself, they are still a necessity.

10 Tricks and Tips for using a Tripod 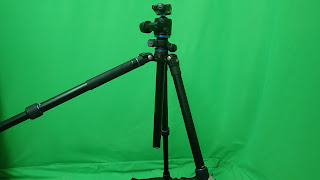 I am going to look at a Benro tripod. It isn't the cheapest, but this is a good all round tripod for normal use. This one is more of a clever device for allowing shots in positions I could not normally do. 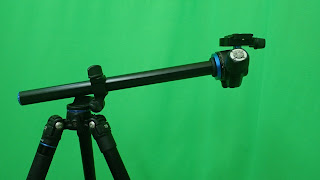 The legs move to all sorts of angles so I can use this to support the tripod is many unusual situations.
The centre column slides up and out and can be adjusted to any angle to get the camera into just the right space. This is the only time when I use a ball and socket joint, as I can lock the camera off in an unusual position.
The tripod legs fold back on themselves making the tripod smaller than it should be and it is light enough that I can carry it around to use where and when I want.
I have several studio tripods made by Manfrotto, and Sirui. These are more expensive and all have pan and tilt fluid effect friction heads. 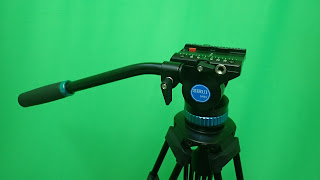 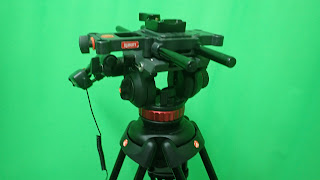 At the top of the tripod the head is connected to a 75 or 100mm semi circular dish so that the head can be made level without playing with the legs.
Techniques
Pan: Move the camera lens from one side to the other without changing its vertical rotation. If your movements are jerky then try placing a rubber band on the handle of your tripod and start pulling gently. This can help smooth out your jumpy panning shots.
Tilt: Move your camera lens up and down while keeping its horizontal rotation constant.
Pedestal: Move your camera up and down without changing its horizontal or vertical rotation. Use the centre column.
If you have no other equipment then the tripod can be extended to do other things, but for these a monopod is more useful and that is the subject of the next blog.
Exercise

Pan: Have a subject walk across the scene. Keep the centre of the camera the same distance in front of them as they move. This takes time to master, but is one of the greatest skills to learn. Get the subject to walk back. Many people find this is easier to do one way than the other. Keep the video motion smooth.

Pan across a  distance scene. You will need to move at a constant speed, but much more slowly than you think to keep all the image in focus all the time and so that the audience don't really notice the effect. You need to pan the camera really very slowly.

Tilt. Start at the bottom of the talent - shoes are good and then slowly move up the the face. You will need to judge the correct distance to be away to create the right effect.

Pedestal Try the above but use a pedestal movement. Probably the camera will need to be further away, then doing the tilt.
Have a go at these exercises until you feel you have nailed it. If you want help or support then email me at submitvideo@makingbetter.video 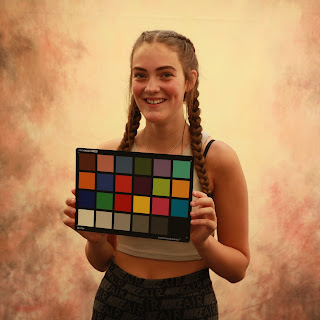 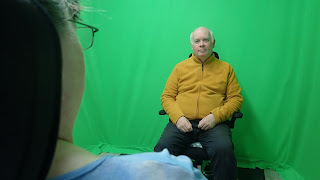